7 consecutive rises after the holiday! Up to 300% increase!

According to sources, major chemical companies will implement peak-shift production and periodic shutdowns for maintenance from November 2021 to March 2022. After the holiday, various raw materials such as lithium carbonate, thermal coal, caustic soda, benzene, etc. have risen at a high level, with a maximum increase of over 300%... 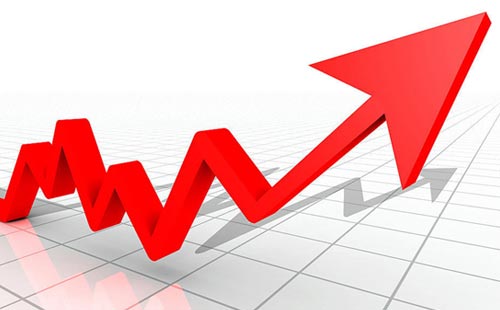 Nyrstar, one of the world's largest zinc smelters, suddenly announced that it will further reduce the zinc output of its three European smelters, reducing production by as much as 50% from Wednesday. According to Haitong Securities, Nyrstar has a production capacity of 700,000 tons, which will affect 2.5% of global supply based on a 50% reduction in production. Nyrstar said that due to the substantial increase in electricity costs and costs related to carbon emissions, European factories cannot continue to operate at full capacity.

▶▶LG Chem has agreed to pay up to 1.9 billion U.S. dollars in compensation to General Motors (GM) for the recall and repair of Chevrolet Bolt electric vehicles. The reason is that the battery provided by this South Korean supplier is malfunctioning and causing a risk of fire. The recall was issued after General Motors discovered manufacturing defects. One was the tearing of the anode sheet and the other was the folding of the separator. These two defects appeared in the same battery, which would increase the risk of fire. This is the third time GM has recalled this model, which covers all Bolt EV and EUV models produced since 2017. According to General Motors, faulty batteries have caused at least 13 cars to catch fire.

▶▶China's Ganfeng Lithium told its customers that the company’s lithium metal products will increase its selling price by 100,000 yuan (US$15,500) per ton in the next month, partly because of higher production costs in the face of power shortages in China. Ganfeng Lithium also mentioned that the rising cost of raw materials such as lithium carbonate is also one of the reasons for the price increase. The price increase measures will be implemented from October 10th to November 9th. Ganfeng Lithium is one of the world's largest producers of lithium chemicals used in electric vehicle (EV) batteries such as lithium carbonate, and it also produces metal lithium used in the emerging solid-state battery industry.

▶▶ China's ENN said on Monday that it has signed a 13-year long-term agreement with Cheniere Energy, the largest U.S. liquefied natural gas (LNG) exporter, to purchase liquefied natural gas. This binding transaction will start in July 2022 and will purchase 900,000 tons of LNG per year at an offshore price (FOB). ENN said that this is its first LNG contract priced based on the US Henry Hub futures index. Last year, China Foran Energy and Cheniere signed a non-binding framework agreement (HOA) to deliver 26 shipments of LNG cargoes during the period 2021-2025.

▶▶Putin: oil prices may rise to 100 US dollars per barrel

On the evening of October 13, Beijing time, Russian President Vladimir Putin and business leaders participated in a Russian Energy Week panel discussion in Moscow. At this meeting, Putin said that oil prices may touch 100 US dollars per barrel. The soaring oil price is not good for producers, but for the energy market, the dazzling rise in natural gas prices, the soaring cost of coal and carbon, and low wind power generation, oil prices will likely return to $100 per barrel. Goldman Sachs previously stated that if this winter becomes even colder, it may stimulate global oil demand to increase by 900,000 barrels per day. If oil prices soar to $100/barrel, global inflation may be inevitable.

The net profit of many chemical companies has increased by more than 10 times!

As of October 10th, 179 companies in the Shanghai and Shenzhen stock markets have released their third-quarter performance forecasts, of which 154 "pre-happy" accounts for 86.03% of the total. Specifically, the forecasts of these 154 companies are respectively an increase of 110 companies, a slight increase of 27 companies, and 3 companies that continue to make profits. In addition, 14 companies have announced that they will turn losses. It is worth mentioning that among the "pre-happy" companies, as many as 91 companies are expected to reach or exceed 100% of the net profit growth in the first three quarters, accounting for 59.09%.

What is particularly eye-catching is that among the above-mentioned companies that have issued their third-quarter performance forecasts, 14 companies have increased by more than 10 times. According to the first-level industry classification of Shenwan, half of them are from the chemical industry! The seven companies are: Huachang Chemical, Multi-Fluoride, Yuanxing Energy, Jiangsu Thorpe, Tianyuan, Yida and Zangge Holdings.

▶▶Yuanxing Energy has turned its losses significantly year-on-year. The net profit for the first three quarters is estimated to be 2.03 billion yuan-2.13 billion yuan, compared with a loss of 52,882,800 yuan in the same period last year. During the reporting period, the price of the company's leading products increased significantly compared with the same period last year; in the third quarter, the company's holding subsidiary Inner Mongolia Boda Field Chemical Co., Ltd. etc. routinely overhauled the urea device, which reduced the profit of the urea sector. In addition, the company plans to liquidate and write off its wholly-owned subsidiary Inner Mongolia Yuanxing Jiangshan Chemical Co., Ltd. It is expected to accrue asset impairment losses of 224 million yuan, which is expected to affect the net profit of the third quarter to decrease by 224 million yuan.

▶▶Jiangsu Thorpe expects to achieve a net profit of 2.130 billion yuan to 2.180 billion yuan in the first three quarters, a year-on-year increase of 3901.44% to 3995.37%. Among them, the net profit after deduction was 2.120 billion yuan to 2.170 billion yuan, a year-on-year increase of 4738.83% to 4852.96%. Regarding the reasons for the expected performance increase, the announcement stated that during the forecast period of the performance, the prices of the company’s main products, acetic acid and derivatives, continued to be high due to factors such as the control of the domestic epidemic, the improvement of market supply and demand, and the high prosperity of the domestic chemical industry. , Its performance has risen sharply.

▶▶Tianyuan Co., Ltd. expects the net profit attributable to shareholders of listed companies in the first three quarters of 2021 to be 480 million to 500 million yuan, a year-on-year increase of 3028.3% to 3158.65%; basic earnings per share are 0.6147 yuan to 0.6403 yuan. The main reasons for the changes in performance are that the market prices of the company’s main products from January to September 2021 have risen sharply compared to the same period last year; the second is the company’s own raw material base supporting and industrial synergy advantages; the third is that the company’s "one body and two wings" emerging industry capacity benefits are gradually released , And gradually form a new profit growth point for the enterprise. The production and operation of the enterprise are stable and normal.

▶▶Zangge Holdings expects a net profit of 800 million to 850 million yuan in the first three quarters of 2021, a year-on-year increase of 1673% to 1784%. During the reporting period, the company's secondary subsidiary Zangge Lithium Industry's lithium carbonate sales and sales prices increased sharply compared to the same period last year, and the sales price of its subsidiary Zangge Potash Fertilizer and Potassium Chloride increased compared with the same period last year.

Another ultra-high-growth stock that deserves attention is Yan'an Bikang. According to the first-level classification of Shenwan, Yan'an Bikang belongs to the pharmaceutical and biological sector, but the reason for its significant increase in performance is that the downstream demand and market price of lithium hexafluorophosphate, the core product of its subsidiary Jiangsu Jiujiu Technology Co., Ltd., have increased significantly. According to Yanan Bikang’s announcement, in the first three quarters of this year, Yan’an Bikang expects to achieve a net profit of 550 million to 600 million yuan attributable to shareholders of listed companies, compared with 12.7684 million in the same period last year, an increase of 42 to 46 times.

2021-10-14
7 consecutive rises after the holiday! Up to 300% increase!According to sources, major chemical companies will implement peak-shift production and periodic shutdowns for maintenance from November 2...

A brief analysis of China's TDI exports in August 2021

60 coal mines were suspended, the cost of the chemical industry chain continued to rise

2021-10-10
After the National Day, most basic chemical products have started a new crazy price increase, especially the methanol industry chain, which is affected by coal prices, is facing the dual pressure o...

2021-10-09
The price of dimethyl carbonate in China maintained a steady upward trend throughout September. The trading atmosphere in the field is excellent, and the supply continues to decline, so the price k...
FIND US.
No.19, No.4 Building, Excellent Plasticizing Zone, Qilu International Plasticizing City, Linzi District, Zibo, Shandong, China
FAX US.
+86 533 7077568
MAIL US.
sales@yanshuochem.com